Among the 16 million U.S. soldiers who fought in World War II, there were about one million African-American soldiers. They fought in the Pacific, and they were part of the victorious army that liberated Europe from Nazi rule. Black soldiers were also part of the U.S. Army of occupation in Germany after the war. 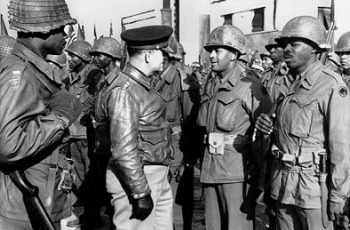 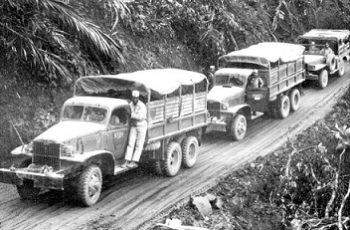 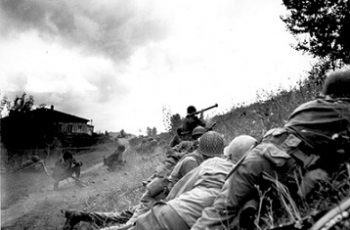 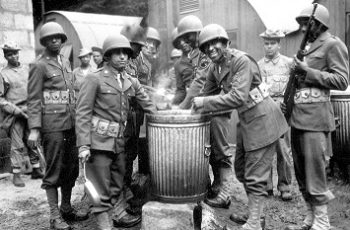 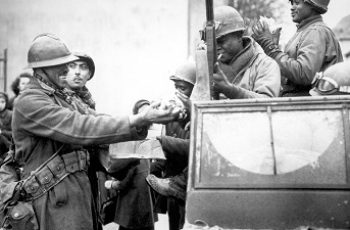 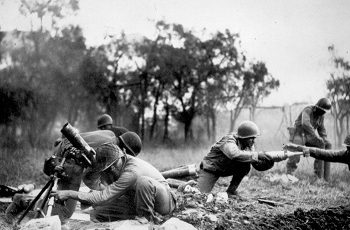 “Looky here, America / What you done done / Let things drift / Until the riots come […] You tell me that hitler / Is a mighty bad man / I guess he took lessons from the ku klux klan […] I ask you this question / Cause I want to know / How long I got to fight / BOTH HITLER — AND JIM CROW.”