Machinists Union Responds to Trade Deal Announcements – IAM International President Bob Martinez made the following statement about the withdrawal from the Trans-Pacific Partnership (TPP) and the reopening of the North American Free Trade Agreement (NAFTA). 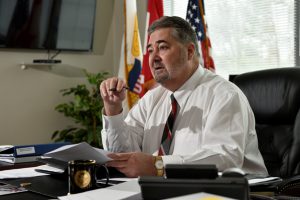 IAM Welcomes U.S. Withdrawal from TPP and Plans to Renegotiate–NAFTA

Machinists Blast National Right-to-Work (For Less)
“The facts speak for themselves. In states that prohibit employees and their employers from negotiating fair share fees, it’s working families who get the short end of the stick. The political motives for right-to-work laws are clear: transfer even more money and power to corporate elites who don’t give a damn about the middle class.”…