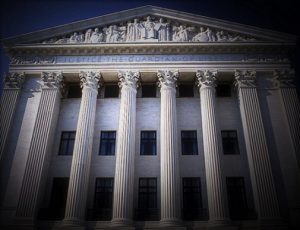 The Machinists Union sent a letter to every U.S. Senator urging them to oppose the confirmation of D.C. Circuit Court Judge Brett Kavanaugh to the U.S. Supreme Court. The Senate Judiciary Committee is currently holding a hearing on Kavanaugh’s nomination to replace U.S. Supreme Court Justice Anthony Kennedy. 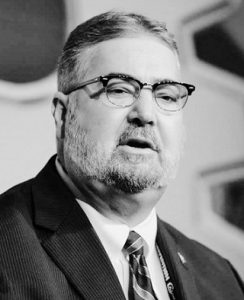 IAM President Robert Martinez, Jr. – “His decisions have repeatedly and consistently protected and extended the power of business interests and undermined the rights and prospects of working Americans and their families.”

Why We Say ‘No’ to Kavanaugh Brett Kavanaugh Sided With A Union-Busting Employer After It Violated Workers’ Rights.

The Supreme Court of the United States is the highest federal court in the country and the head of the judicial branch of government. Established by the U.S. Constitution, the Supreme Court has the ultimate jurisdiction over all laws within the United States and is responsible for evaluating the constitutionality of those laws. If necessary, the court has the power to check the actions of the other two branches of government—the executive branch of the president and the legislative branch of Congress. The Supreme Court has a chief justice, or head judge, and eight associate justices. The justices are appointed by the president and approved by a vote of the Senate. The justices serve for life unless they choose to retire. Their job is to interpret laws passed by Congress.

Some Historical Facts Regarding The Supreme Court:

Factual things of interest about the nation’s highest court: