ALL THE KINGS HORSES AND ALL THE KINGS’ MEN COULD NOT PUT “HUMPTY DUMPY” BACK TOGETHER AGAIN! 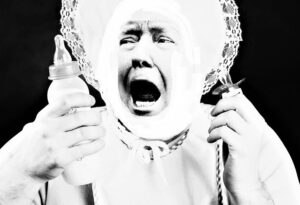 Update – December 14th 2020 – Electors in all U.S. states certify electoral votes cast for both Presidential and Vice Presidential candidates in General Election. At the end of this constitutional process Joseph Biden and Kamala Harris of the Democratic party emerged as clear winners.

“As the nation ponders the awkward case of Donald J. Trump, a president who will not admit that he has been fired, it is helpful to consider him through the experiences of other people, fictional and otherwise, who have been unable to accept the arrival of unwelcome developments in their personal and professional lives”. From this post in The New York Times we attempt to ponder the surprising actions of this “Lame Duck” President, Donald J. Trump.

Important Message….IAM Local lodge 2297 and/or this site’s administrator does not always necessarily agree or adopt the content or opinion of any other web site or author linked from, or identified in or on this site.

“No president in American history has ever before refused for so long to concede an election he has obviously lost. But when it comes to hanging on to an alternative version of reality, Mr. Trump has plenty of nonpresidential company”.