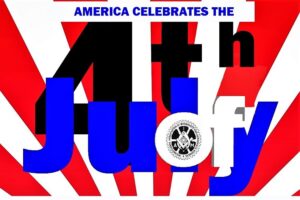 Independence Day in the United States of America marks the day the American colonies finally became legally separated from the government of Great Britain. However, the Fourth of July origin of festivities celebrated by the people of America does not accurately reflect when the USA actually became independent.

The Fourth of July origin of Independence Day can, of course, be traced back to July, 1776. A month earlier, a resolution of independence had been proposed by Richard Henry Lee (Virginia). In a closed session, the members of the Second Continental Congress voted to approve the resolution on July 2. This day marked the actual day the USA became free of British rule. However, the Declaration of Independence, which was a statement designed to explain the resolution, had yet to be approved by Congress.

This important document was prepared by the Committee of Five, of which Thomas Jefferson was the principal author, and still remained to be debated by Congress. When this was eventually carried out, the final revisions were made and it was finally approved, the Declaration of Independence was signed on the July 4. The occasion served as a formal record of the landmark decision of July origin. The belief that the Declaration had been signed on July 4 became so firmly entrenched in public memory that even Thomas Jefferson and John Adams came to believe it to be true when they were in their twilight years. However, the Declaration was actually signed on August 2, 1776.

The day is commemorated by a public legal holiday, as declared by Congress in 1941. The revelry that takes place on this holiday of July origin is usually carried out outdoors, such as with parades and firework displays. As they are the colors of the American flag, red, white and white are used in all decorations related to the holiday. As it is a federal holiday, all non-essential institutions such as federal courts and post offices are closed on the day.