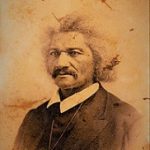 Republicans were a different party post-civil war and during a period of reconstruction…. The party in power in Washington was led by a group of visionaries, the “radical” Republicans who had championed the cause of emancipation during the war and believed in an interventionist federal government as a means of fashioning a second American republic out of the destruction of the first. They imagined at least the beginning of a revolution in racial equality. The war was over, but everything still seemed at stake in the struggle over Reconstruction. Whether free exercise of voice, pen and vote would really be protected for all remained to be seen…the irony of today’s Republicans led by Donald Trump.

Douglass said black people had three tools….Their Voice, Their Pen, Their Vote. In 2018 all three are under threat

IMPORTANT MESSAGE….IAM Local lodge 2297 and/or this site’s administrator does not always necessarily agree or adopt the content or opinion of any other web site or author linked from, or identified in or on this site.