Members of IAM Local Lodge 2297 recently attended the 64th Annual Convention of the North Carolina State AFL-CIO. The election of North Carolina’s State President and all the Executive Board member who represent the interest of over 50 different Labor Unions occurs every four (4) years and we congratulate all the lucky nominees who now have the awesome responsibility of making the North Carolina State Federation even more powerful than it is currently. Over the last four (4) years the Board members have played a more active role in driving an agenda to win big victories for working men and women in the state. 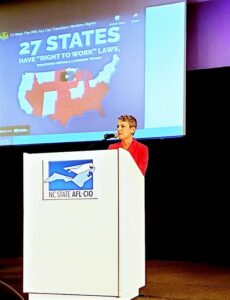 The N.C. State AFL-CIO is led by the re-elected President, Marybe McMillan who was the first women to lead a State Federation when she was elected to serve as North Carolina’s State President back in 2017. 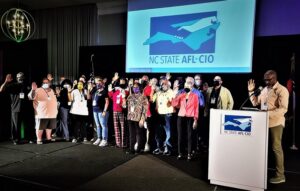 Pictured above is the nearly elected Executive Officer and the Affiliated Union’s elected representatives to serve as Vice President of the North Carolina State AFL-CIO. Some of them are new and have no clue how much is expected of them in the coming months. Some of them are long serving members on the Board who have won the confidence of their peers through action and determination to advance the workers rights in the workplace. 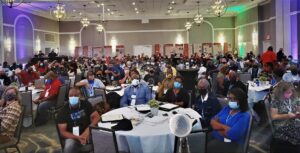 During the two and a half day Convention the Delegates engaged in table discussions with union members from a variety of unions in attendance and were empowered with fresh ideas from the Boards Committee Chairs and Co-Chairs in the area of politics, Organizing and Racial Justice as well as a several panel discussions related to worker issues and building political power. 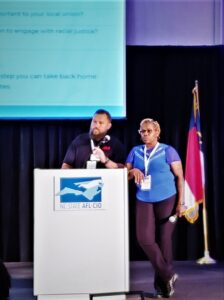 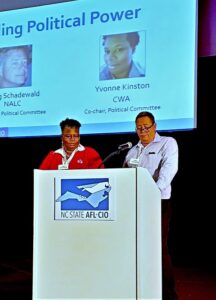 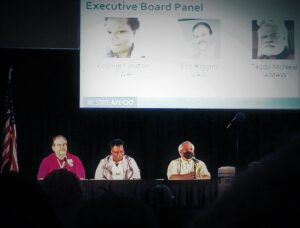 The Convention Delegates were treated to a rare glimpse of the life and experiences of former North Carolina State Fed President, James Andrews. They had an opportunity to hear what it was like for an African American who rose to a position in the Labor Movement that traditionally had only been held by white men. James was the first Black State Federation President in the history of the AFL-CIO. 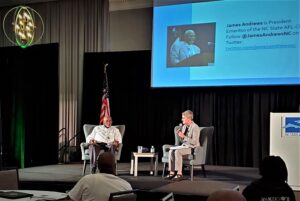 On Thursday afternoon the Delegates had an opportunity to hear from North Carolina Governor Roy Cooper. The Governor apologized for being a little late and went right to work giving us an update on the Covid-19 status and expressing his thanks for the endorsements he’s received from Labor throughout his political career. He talked about delivering good jobs for North Carolinians and when he finished his presentation he walked around the room and shook hands with those who wanted him to and he took many pictures with Delegates before departing. 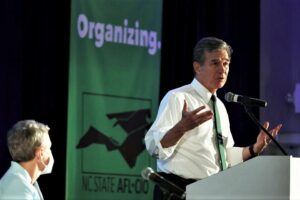 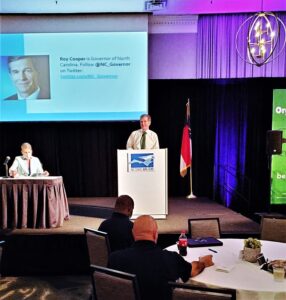 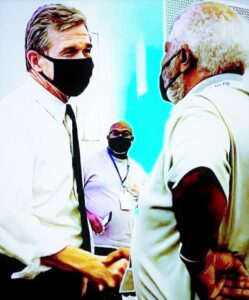 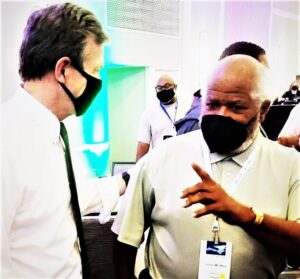 On Friday morning the Delegates were given the opportunity to listen to four (4) candidates that are seeking to win the Democratic Primary for the position of the N.C. U.S. Senate. The current Senator, who is Richard Burr is retiring and this is a chance to finally get a Labor friendly advocate up in Washington that will fight for Worker’s rights and deliver the PRO-Act that would virtually outlaw existing Right to Work laws throughout the U.S. The candidates answered key questions and although only one (1) candidate will win the Primary, they all seemed to impress the Delegates in the room.