On June 17, 2019 the members of IAM Local Lodge 2297 met to conduct the business of administering the responsibilities under the constitution of a local lodge. The Pledge of Allegiance opened the meeting and the role call of the officers, the reading of the minutes of the last month’s meeting was motioned for approval and seconded and subsequently passed, the financial report was given by the Secretary – Treasurer, motioned for approval and passed, recommendation from the meeting of the  Executive Board were discussed and motioned for adoption and then the President said he would entertain a motion to temporarily suspend the normal order of business so that all in attendance could partake in a special steak dinner in honor of every member who pays dues and supports the lodge and the leadership of the local. And so it was. We grabbed our plates and stood in line to pile our plates with the delicious meal prepared by the cooking committee. The food was great and for a brief few minutes we were acting like we were attending a family reunion. I thank all that played a part in the planning and preparation of the meal. After ingesting all we could stand the meeting was called back to order and all other business was concluded. The last thing before adjournment was the selecting of winners of the raffle prizes. Although I wasn’t a lucky winner I was still grateful that I had the opportunity to spend time with my Union Brothers and Sisters.= TheWebSteward 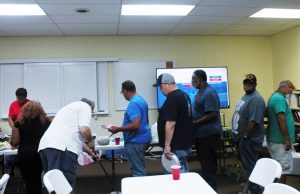 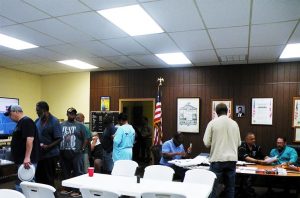 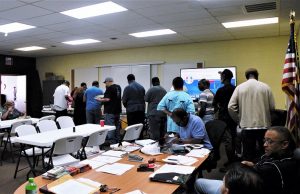 As I looked around the meeting hall I saw some folks I wasn’t familiar with. I was sitting close to one of the members who came in after I retired and I asked the member if he would share some information about himself and he gladly said he would. He sent me some details about him and so I would like to share some of his story with you now…..TheWebSteward 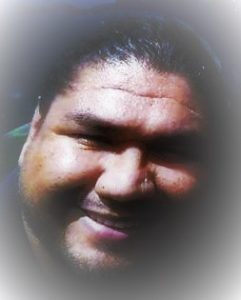 My name is Richard Rebollar. I’m a 53 Airframe Mechanic. I’ve been working as a civil service employee since 2012. I’ve been an IAM union member since 2013. To me the Union’s presence in the facility at the Fleet Readiness East is synonymous or may be compared to that of a load bearing wall in your home. It may get in the way and you may think it to be unnecessary but when you try to remodel or restructure your home you’ll quickly find the support that structure provides and that wall’s ability to keep the “upstairs” from coming down is the reason you must retain it. The Union just like my load bearing wall is keeping the facility from failing down under extreme pressures. The union’s primary role is to represent the interest of every worker under the Collective Bargaining Agreement. The terms and conditions agreed to in the Negotiated Agreement ensure fairness in the way each man or woman is treated regarding conditions of work and opportunities when it comes to things like overtime, vacations, promotions and all sorts of other work-related matters. I attended my Local Lodge meeting out in Havelock this Monday, June 17, 2019. The Local was having a special steak dinner served as part of “Membership Appreciation”. This special meal has become an annual event and I for one am glad I could be a part of that celebration.