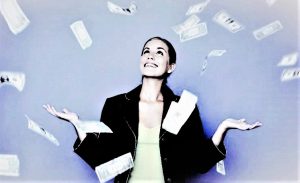 The FLRA decision stems from an Office of Personnel Management request that the agency issue guidance regarding union dues in light of the Janus v. AFSCME Supreme Court case from 2018, which determined that the collection of union fees from non-union members in the private sector was a violation of the First Amendment right to free speech.

The FLRA guidance, however, has to do with Federal Labor Relations Statute, which states that when an employee decides to contribute a certain amount of their pay as union dues to their exclusive representative, that allotment “may not be revoked for a period of one year.”

Previous interpretation of that statute determined that union dues could therefore only be revoked at specific, one-year intervals.

But the new FLRA guidance would instead instruct agencies that assigned dues could not be revoked only for the first year after they’d been set aside, after which an employee could revoke them at any time.

“In our view, it would assure employees the fullest freedom in the exercise of their rights under the statute if, after the expiration of the initial one-year period during which an assignment may not be revoked under §7115(a), an employee had the right to initiate the revocation of a previously authorized dues assignment at any time that the employee chooses,” the FLRA ruling states.

“Therefore, in the near future, the Authority intends to commence notice-and-comment rulemaking concerning §7115(a), with the aim of adopting an implementing regulation that hews more closely to the Statute’s text.”

The FLRA guidance change was made in a two-to-one decision, and dissenting member Ernest DuBester argued that the Supreme Court decision in Janus was only ever meant to apply to union fees for non-members, and not the voluntary dues that employees elect to contribute.

“Indeed, the court favorably cites the ‘federal employment experience’ as ‘illustrative’ of how ‘labor peace can readily be achieved’ in the absence of ‘agency fees,’” DuBester wrote.

“And in a particularly relevant passage, the court informs state governments that, in response to the Janus decision, they ‘can follow the model of the federal government’ by ‘keep[ing] their labor-relations systems exactly as they are;’ so long as they do not ‘force nonmembers to subsidize public-sector unions.’”

Federal employee unions also contest the logic of the decision as another attempt by the Trump administration to weaken collective bargaining.

“The Authority’s decision is just another step toward the administration’s goal of busting unions and making it even harder for rank-and-file federal employees to speak up, defend their rights and serve the American people. This meritless decision flies in the face of decades of settled and well-reasoned legal precedent in an activist effort to divide federal employees from their unions,” said American Federation of Government Employees National Secretary-Treasurer Everett Kelley in a statement.

“It’s part of a pattern of behavior by this administration that shows no respect for federal employees’ voluntary choice, their union contracts, or their rights under the law.”

The National Treasury Employees Union, which informed the U.S. Court of Appeals for the D.C. Circuit Feb. 18 that it plans to legally challenge the decision, noted that federal statute has long recognized unions’ need for stability in collecting dues at regular intervals.

“The administration’s concern about the full exercise of employee rights is especially galling because this administration has done nothing but attack federal employees — their pay, their benefits, their due process rights and their dedication to their jobs,” NTEU National President Tony Reardon said in a statement.

“Unions and our allies in Congress are the only ones blocking the administration from doing further damage to the federal workforce, which is exactly why they are targeting us.”

FLRA intends to issue a notice and comment rulemaking on the reinterpretation of the statute “in the near future,” according to the FLRA decision.