Story courtesy of NPR….20 December 2018….The outgoing defense secretary cited two such alliances by name: NATO, which has been supporting the war in Afghanistan since not long after the 2001 terrorist attacks against the United States; and the coalition of nations that has united to fight the Islamic State. 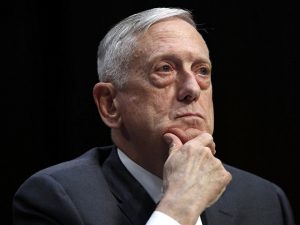 Mattis wrote in a resignation-letter that he felt he could no longer continue to execute Trump’s policies. He cited the importance of what he called America’s “unique and comprehensive system of alliances and partnerships.”

From the WebSteward….Mattis is respected by both military servicemen and women as well as civilian employees of the Department of Defense. His resignation is just one of a variety of reasons federal workers in DoD are stressed out worrying about the possibility of a shutdown of the government and their 2019 pay raise that is in the hands of Congress and the current U.S. President.