The Presidency of Barack Obama 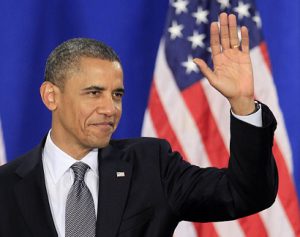 The presidency of Barack Obama began at noon EST on January 20, 2009, when Obama became the 44th President of the United States. Obama, a Democrat, was a United States Senator from Illinois at the time of his victory over Republican Senator John McCain of Arizona in the 2008 presidential election. Obama is the first African American president, the first non-white president, and the first to have been born in Hawaii. His running mate, Senator Joe Biden of Delaware, took office as Vice President on the same day.

More About This National Leader Can Be Found At Wikipedia.Org

From The WebSteward – I recommend that you take the time to read an interesting post appearing on this site in May of this year taken from…Racial Backlash Against The President…Truth or Fiction? …the Washington Post. Even though it is an opinion post I think you will find it very informative from an entirely different perspective 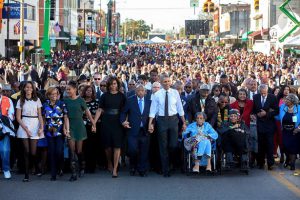 Farewell Mr. President. You had your time as leader and most Americans believe you did a good job. Some, I’m sad to say hated you from the very beginning for various reasons and they would never accept you no matter what you did. Maybe one day America will heal and become a truly united nation, under God with liberty and justice for all.