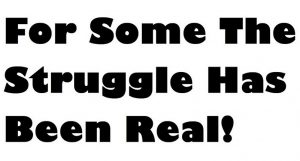 Who was Harriet Tubman

All Americans contributed to the success of a great nation such as the United States of America. Some were laborers and craftsman, some were architects and builders and yes some were slaves. Out of the American evolution came men and women who dedicated their lives to economic and social justice. We salute all who played a part. This month we will explore the contributions from those of African descent. Keep in mind that not every journey was the same.

Here’s the path taken by one of those pioneers 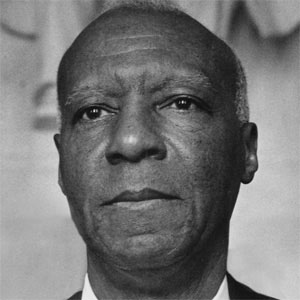 A. Philip Randolph was born Asa Philip Randolph on April 15, 1889, in Crescent City, Florida. He would eventually attend the Cookman Institute (Bethune-Cookman College), one of the first institutions of higher education for blacks in the country.

After graduating from Cookman, Randolph moved to Harlem with some contemplation about becoming an actor. During this time, he studied English literature and sociology at City College; held a variety of jobs, including as an elevator operator, a porter, and a waiter; and developed his rhetorical skills. In 1912, Randolph and Chandler Owen founded an employment agency called the Brotherhood of Labor focusing on organizing black workers. In 1917, during World War I, Randolph and Owen founded a political magazine, The Messenger. They began publishing articles calling for the inclusion of more blacks in the armed forces and war industry and demanding higher wages.

In 1925, Randolph founded the Brotherhood of Sleeping Car Porters. Serving as its president, he focused on gaining the union’s official inclusion in the American Federation of Labor, the affiliates of which, at that time, did not extend membership to African-Americans. The organization was met with resistance primarily from the Pullman Company, Randolph eventually gained membership in 1937 making the BSCP the first African-American union in the United States.

In the 1940s, Randolph focused his attention on the federal government. Randolph planned the first March on Washington to protest discrimination in the war industry workforce. Randolph called off the march after President Franklin D. Roosevelt issued an executive order that banned racial discrimination. Because of Randolph’s protest, the first Fair Employment Practices Committee was established. After World War II, Randolph again took on the federal government by organizing the League for Nonviolent Civil Disobedience Against Military Segregation. That group’s actions eventually led President Harry S. Truman to issue a 1948 executive order banning racial segregation in the U.S. Armed Forces.

In 1995, Randolph became a vice president of the newly merged entity AFL-CIO. Because of his passion for social justice and racial equality Randolph would continue to protest the systemic racial prejudice he found in the organization by creating Negro American Labor Council in 1959. During this time Randolph devoted some of his time to the larger civil rights movement. In 1957, he organized a prayer pilgrimage to Washington, D.C. to draw attention to the delay of school desegregation being implemented in the south. He also organized the Youth Marches for Integrated Schools. In 1963, Randolph organized the March on Washington for Jobs and Freedom, during which he would speak to an integrated crowd of nearly 250,000 supporters.

In 1964, Randolph was presented with the Presidential Medal of Freedom by President Lyndon B. Johnson for his work. Soon after, he founded the A. Philip Randolph Institute, an organization aimed at studying the causes of poverty and co-founded by Randolph’s mentee Bayard Rustin.

Asa Philip Randolph died in bed at his New York City home on May 16, 1979, at age 90. He was cremated, and his ashes were interred at the A. Philip Randolph Institute in Washington, D.C.

“Justice is never given; it is exacted, and the struggle must be continuous for freedom is never a final fact, but a continuing evolving process to higher and higher levels of human, social, economic, political and religious relationship”.

“A community is democratic only when the humblest and weakest person can enjoy the highest civil, economic, and social rights that the biggest and most powerful possess.” – A. Philip Randolph

Note: For nearly a hundred years, Pullman Porters helped define train travel in the U.S. Their diligence, attention to detail, and impeccable service helped make the Pullman Palace Car Company the most desirable method of travel during the heyday of passenger rail travel. Founded shortly after the end of the American Civil War in 1867 by George Pullman, the Pullman Company popularized sleeping car train travel in America—for the white middle and upper class—by offering luxury sleeper cars and high-end service from Pullman porters.

Pullman porters were almost exclusively Black men hired to attend to the needs of white passengers. They performed tasks such as shining shoes, ironing clothes, stowing luggage, and bringing food to patrons, who often called them “boy” or “George”—a reference to the founder’s first name. During the 1920s, more than 20,000 African Americans worked for the company, making it the largest single employer of African Americans in the U.S. at that time.

Pullman porters were men hired to work on the railroads as porters on sleeping cars. Starting shortly after the American Civil War, George Pullman sought out former slaves to work on his sleeper cars. Pullman porters served American railroads for 100 years from the late 1860s until late in the 20th Century.

Until the 1960s, Pullman porters were exclusively black, and have been widely credited with contributing to the development of the black middle class in America.

Under the leadership of A. Philip Randolph, Pullman porters formed the first all-black union, the Brotherhood of Sleeping Car Porters in 1925. Formation of the union was instrumental in the advancement of the Civil Rights Movement.

More…. The Brotherhood of Sleeping Car Porters (BSCP) was, in 1925, the first labor organization led by African Americans to receive a charter in the American Federation of Labor (AFL). It merged in 1978 with the Brotherhood of Railway and Airline Clerks (BRAC), now known as the Transportation Communications International Union.

The leaders of the BSCP—including A. Philip Randolph, its founder and first president, and C. L. Dellums, its vice president and second president—became leaders in the Civil Rights Movement and continued to play a significant role in it after it focused on the eradication of segregation in the Southern United States. BSCP members such as E. D. Nixon were among the leadership of local civil rights movements by virtue of their organizing experience, constant movement between communities and freedom from economic dependence on local authorities.