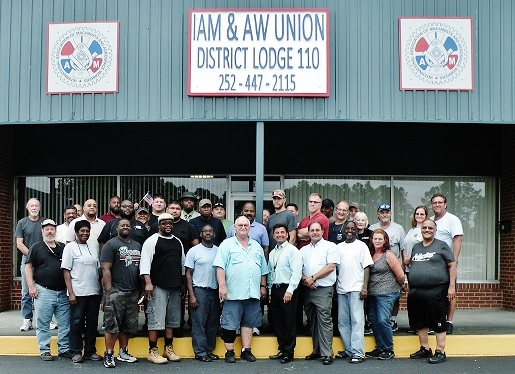 Members in attendance at the June 19th 2017 regularly scheduled monthly meeting stand while posing for a group photo outside the District Lodge 110 Business Office in Havelock, North Carolina. In conjunction with the regular order of business a motion was made and passed to suspend the regular order of business so that the lodge could recognize its’ “Dues Paying Members” and retirees in attendance. The lodge has set aside a day in a month of the calendar year for the past several years that they have called “Member Appreciation Day”.

The members were treated to hotdogs and hamburgers with all the fixings and potato salad, baked beans and a delicious cake. In past years the members have been served rib eye steaks and mashed potatoes and green beans but this year the local will be celebrating the fiftieth year as a chartered IAM lodge so steak money will help provide a delicious meal on September 29th at the birthday dinner provided by the Flame restaurant in New Bern, North Carolina.

The lodge President spoke to the members in attendance in a way that caused everyone there to take pride in being a union member. He inspired us all and reminded us that we are all special. We choose to be union members even though it is not mandated that employees of the federal government pay dues to get the protection of our Collective Bargaining Agreement. Brother Woods challenged everyone in the room to go out and recruit new members. What he really said was…“if they’re not in the union, put them in the union”

I left that meeting hall inspired, fired up and ready to leap into action. Thanks to all the members of local 2297. Comments Via WebSteward The “Fighting Machinist” 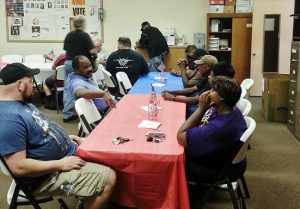 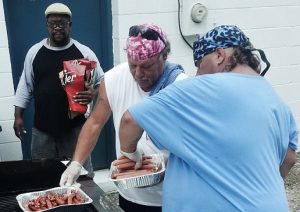 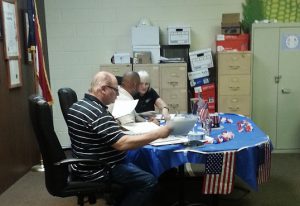 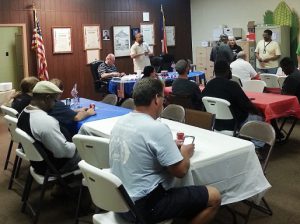 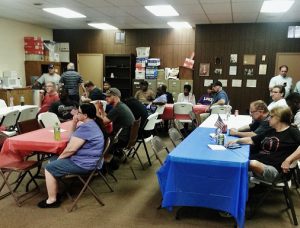