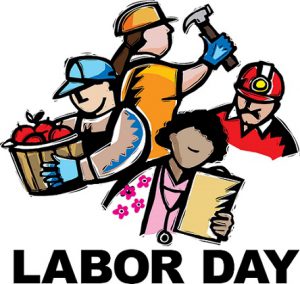 “Labor Day, the first Monday in September, is a creation of the labor movement and is dedicated to the social and economic achievements of American workers. It constitutes a yearly national tribute to the contributions workers have made to the strength, prosperity, and well-being of our country”.

Linda Stinson, a former U.S. Department of Labor’s historian, provided us with some answers about the history of Labor Day in 2011.

Q: What’s the history of Labor Day? How did it all begin?

A: The Labor Day holiday is interesting because it evolved over a period of years. In 19th century America, there was already a tradition of having parades, picnics and various other celebrations in support of labor issues, such as shorter hours or to rally strikers. But most historians emphasize one specific event in the development of today’s modern Labor Day. That pivotal event was the parade of unions and a massive picnic that took place in New York City on Sept. 5, 1882.

At that time, the labor movement was growing stronger. Many of the unions in New York prospered by joining together into one Central Labor Union made up of members from many local unions. On May 14, 1882, a proposal was made at the Central Labor Union meeting that all workers should join together for a “monster labor festival” in early September. A committee of five people was appointed to find a park for the celebration. They chose Wendel’s Elm Park at 92nd Street and 9th Avenue, the largest park in New York City at that time; the date was set for Tuesday, September 5. By June, they had sold 20,000 tickets with the proceeds going to each local union selling them. In August, the Central Labor Union passed a resolution “that the 5th of September be proclaimed a general holiday for the workingmen in this city.”

At first they were afraid that the celebration was going to be a failure. Many of the workers in the parade had to lose a day’s pay in order to participate. When the parade began only a handful of workers were in it, while hundreds of people stood on the sidewalk jeering at them. But then slowly they came – 200 workers and a band from the Jewelers’ Union showed up and joined the parade. Then came a group of bricklayers with another band. By the time they reached the park, it was estimated that there were 10,000 marchers in the parade in support of workers.

The park was decorated with flags of many nations. Everyone picnicked, drank beer and listened to speeches from the union leadership. In the evening, even more people came to the park to watch fireworks and dance. The newspapers of the day declared it a huge success and “a day of the people.”

After that major event in New York City, other localities began to pick up the idea for a fall festival of parades and picnics celebrating workers.

Q: Can you clear up some confusion: who is the father of Labor Day?

A: When studying the history of Labor Day, two names stand out, and the funny thing is that they sound just alike. One is Peter J. McGuire, a leading official in the American Federation of Labor and organizer of the United Brotherhood of Carpenters and Joiners. The other is Matthew Maguire, a machinist from the Knights of Labor. The problem with declaring a single “founder” of Labor Day is that, at the time, no one realized that a new national holiday was being born. It was only after the fact that people tried to pinpoint a single founding father.

Seven years after that first New York Labor Day parade, the union journal for the United Brotherhood of Carpenters published an article claiming that their union brother, McGuire, made the original proposal to have the Labor Day event in New York and called for one day a year to be set aside as Labor Day. This article was reprinted yearly, and it became the common assumption that these were the facts.

However, in 1967, a retired machinist from Maguire’s union stepped up and claimed that his union brother was, in fact, the true originator of the movement for a national Labor Day. He pointed to an old newspaper article written nine years after the New York Labor Day parade titled “Labor Day: Its History and Development in the Land.” This article claimed that the first Secretary of the Central Labor Union, Maguire, was the one who arranged the parade. This claim was supported six years later when the grand marshal of the New York parade of 1882 himself reminisced about how Maguire from the Knights of Labor had first suggested that the Central Labor Union call upon the unions of New York City to join together in a labor parade.

So the historical conundrum seems to hinge on the fact that the two names sound alike and were probably mixed up in the common consciousness. Toss in the years of bitter rivalry between the American Federation of Labor and the Knights of Labor and, of course, you’re going to have multiple heroes emerging in the legend of Labor Day.

I don’t really know if there is only one true parent of Labor Day. But when former Secretary of Labor W. Willard Wirtz spoke at the convention of the International Association of Machinists in 1968, he said: “My decision…is that there is no question as to who is the father of Labor Day in this country. Officially, as of this moment, insofar as the Department of Labor is concerned, it is Matt Maguire, machinist!” So in the question of McGuire versus Maguire, I don’t really know. But my money backs Bill Wirtz every time!

Q: When did it become a national holiday and why?

A: Labor Day as a national, legal holiday had an interesting evolution. The legalized celebration of Labor Day began as individual state celebrations. In 1887, New York, New Jersey and Colorado were among the first states to approve state legal holidays. Then other states joined in to create their own state Labor Days. Finally, in response to a groundswell of support for a national holiday celebrating the nation’s workers, Sen. James Henderson Kyle of South Dakota introduced S. 730 to the 53rd Congress to make Labor Day a legal holiday on the first Monday of September each year. It was approved on June 28, 1894.

“The vital force of labor added materially to the highest standard of living and the greatest production the world has ever known and has brought us closer to the realization of our traditional ideals of economic and political democracy. It is appropriate, therefore, that the nation pay tribute on Labor Day to the creator of so much of the nation’s strength, freedom, and leadership — the American worker”.

For years, the founding of Labor Day had been questionable because two men with the same-sounding last name from two different unions took credit. But, there is mounting evidence that Machinist Matthew Maguire, of New Jersey founded Labor Day in 1882. A.F.L. Founder Samuel Gompers, President Grover Cleveland and the U.S. Department of Labor agree.