Meet the Secretary of Defense

Above – Lloyd J. Austin III is the 28th secretary of defense, sworn in on Jan. 22, 2021. A graduate of the U.S. Military Academy at West Point, N.Y., Austin served 41 years in uniform, retiring as a four-star Army general after three years as commander of U.S. Central Command.

Workplace Freedom Coming Under Grave Attack!!!! Extreme right wing politicians and corporate CEOs are attacking our freedom to join together and negotiate by pushing anti-workplace freedom bills in Washington, DC. They’ve started with federal workers, and all working people are next on the chopping block. Three more bills attacking our freedom are on deck. These bills are designed to empower billionaires and CEOs, not working people.

FAQs
What is New Beginnings? and a few Answers via AFGE

After the National Security Personnel System failed, Congress authorized the development of New Beginnings in 2010. Unlike NSPS, this new system has been developed jointly by the Department of Defense and employee unions, led by AFGE.

The main objective of New Beginnings is to develop and maintain a results-oriented performance culture that ties individual performance to organizational goals through a performance and appraisal system that emphasizes employee and supervisor interaction. It calls for employees to get more communication and feedback during the course of the year.

New Beginnings will be rolled out to different components in stages between now and the end of 2018. The first group of about 15,000 employees will transition to the new system in April 2016. About 3,500 bargaining unit employees will be in this first group, including about 3,000 AFGE members who work at the Defense Information Systems Agency (DISA). (See attachment for list of locals involved in the April rollout).

Currently there is a multitude of appraisal systems in place throughout DoD. Generally, they are a pass/fail or a 5-tiered system. New Beginnings relies on a 3-tiered evaluation system: (1) unsuccessful, (3) fully successful, and (5) outstanding. All employees must have written performance plans, developed jointly with their supervisors, that detail the critical elements of their job and set goals for the year ahead. Performance goals will be established using the SMART criteria: Specific, Measurable, Achievable, Relevant, and Timely.

Employees must meet at least 3 times with their supervisor during the year to discuss progress toward meeting performance goals. Supervisors must notify employees early if they are not performing at the fully successful level and provide clear guidance on what employees must do to improve performance. Employee assessments and year-end supervisor appraisals will be submitted using a computer-based program called MyPerformance.

Each component will be rolled into New Beginnings at different times between now and the end of the 2018. Each local will receive a notice from the agency before New Beginnings is implemented.  Each local should submit a demand to bargain as soon as they are notified by the agency that employees are transitioning to New Beginnings. AFGE has developed detailed bargaining guidance to assist locals in negotiating specific provisions of New Beginnings.

Employees should attend training sessions and informational meetings being conducted by the Department of Defense and AFGE to better understand New Beginnings. As employees move into the system, they will meet with their supervisor to develop a written performance plan that will guide their work during the evaluation period. At the end of the performance cycle, employees will have the opportunity to write a self-assessment that the supervisor will consider in evaluating the employee’s performance. Employees should raise issues related to the performance cycle process through the administrative or negotiated grievance process. 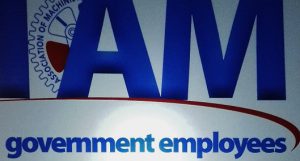 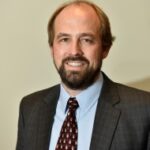 Norman started his IAM career in 1992 at Local 78 working for Harley-Davidson in Milwaukee, WI as a Tool and Die Maker. He was a member of many bargaining committees during his time there and was hired as the Collective Bargaining Coordinator at IAM Headquarters in January 2016.

Craig and his wife Evette have been married for 33 years and have two children.

Federal employees work under a constrained system of rules, regulations and executive orders that severely limit their scope of bargaining. Government Employees Department. Job Security is at best tentative with outsourcing, down-sizing and a convoluted maze of laws affecting how they must deal with hundred of agencies for lay-offs, promotions and other personnel matters.

The Government Employees Department is responsible for responding to the volumes of changes that occur and we meet with agencies through National Consultation Rights and seats on National Partnership Councils. It is our job to keep Federal Employees, their elected leadership, and our full-time staff abreast of those changes and to provide the requested services to insure their economic well being and quality of work life. 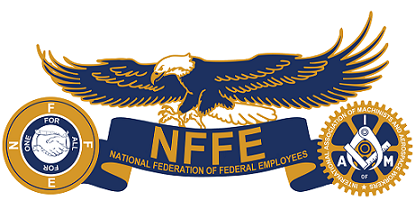 Established in 1917, the National Federation of Federal Employees is the oldest union representing civil service federal employees. NFFE represents 110,000 federal employees in 35 departments and agencies government-wide, including the majority of federal wildland firefighters. NFFE is affiliated with the International Association of Machinists and Aerospace Workers, AFL-CIO. 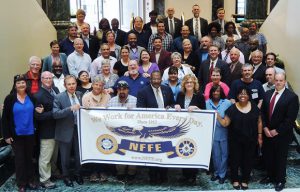 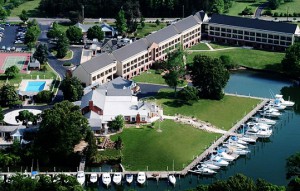 The William W. Winpisinger Education and Technology Center embodies the IAM’s commitment to providing top-notch training to the current and future leaders of the IAM to help our members navigate the rapidly changing world of work in the 21st century.  By studying our past and strategizing our future, IAM members at the Winpisinger Center learn to be unionists – members who know that our union is part of a larger movement for dignity and economic and social justice in our workplaces and communities.  Members also learn to be leaders and go home better prepared and more motivated to work for our members. We should all be proud of the Winpisinger Center.  We are the only union in North American with a facility dedicated full time to the education of our members.  Since opening in 1981, more than 60,000 students have attended Winpisinger Center programs.  No other union can match that record.  The IAM’s commitment to membership training is an important reason why the IAM will meet the challenges of the 21st century. The Winpisinger Center is named after former IAM International President William W. Winpisinger, a man whose dream and efforts made the facility a reality.  Because of his vision, thousands of future IAM leaders and activists are trained every year. For those seeking to know more the educational facility at Placid Harbor, Md. offers an excellent opportunity for learning. I am truly blessed to have had the benefit of such a valuable experience.