NC Voting Rights Fight Moves From the Courtroom to the Streets

The crowd during the 2015 Moral March on Raleigh, North Carolina.

By Sue Sturgis – As the federal trial over North Carolina’s restrictive voter ID law wrapped up this week in Winston-Salem, the N.C. NAACP — the lead plaintiff suing the state over its ID requirements — was getting ready to shift its fight for voting rights from the courtroom to the streets. The civil rights group serves as the lead organizer of the annual Mass Moral March on Raleigh, which takes place this year on Saturday, Feb. 13 and involves over 150 supporting organizations. In its 10th year now, the march will kick off at Shaw University — the historically black school where the Student Nonviolent Coordinating Committee was formed in 1960 — and wind through downtown before ending near the state capitol. It’s expected to draw thousands of people to rally for a 14-point legislative agenda calling for well-funded public schools, living wages and health care for all. This year’s march will have a special focus on voting rights with the theme, “This Is Our Selma, This Is Our Time, This Is Our Vote,” recalling the historic 1965 voting rights movement marches in Alabama. The lineup of speakers will feature ordinary North Carolinians who’ve been affected by restrictive new voting rules the state adopted after the U.S. Supreme Court hobbled the Voting Rights Act in 2013. And the march’s ambassadors will include David Goodman, brother of voting rights activist Andrew Goodman, who along with fellow activists James Cheney and Michael Schwerner was murdered by the Ku Klux Klan in Mississippi in 1964…read more about this at… commondreams.org 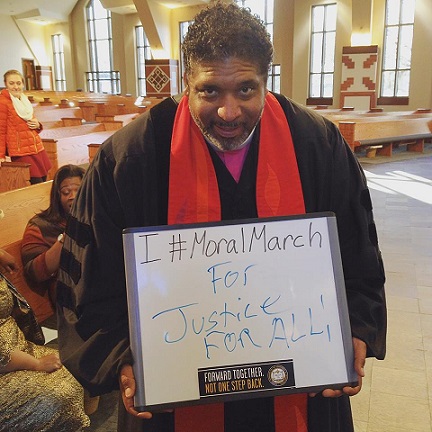