The Impact of Midterm Votes 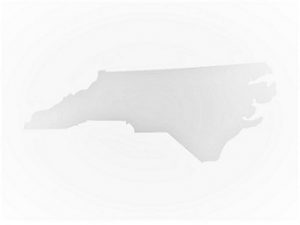 The News and Observer…. Democrats ousted enough Republican incumbents in the state House on Tuesday to break the Republicans’ “supermajority” power over the Democratic governor’s vetoes.

The outcome of the election will determine how well the parties work with each other and with Gov. Roy Cooper as both sides push for often conflicting goals, such as health-care access and education funding for the Democrats, tax relief and deregulation for Republicans.

With supermajorities in both the state House and Senate, the GOP has been able to block Cooper’s vetoes since he took office in 2017. But on Tuesday, those three-fifths majorities were ended in the House and in jeopardy in the Senate.

If all the Democratic candidates’ leads in the Senate hold through final ballot counting, then the party will have won enough seats to also end the GOP supermajority in that chamber. But one chamber is all Democrats needed.

The Story…. North Carolina voters on Tuesday agreed to write into the state constitution a requirement that people show photo identification before being allowed to vote. “When we look at the data, we know that the North Carolinians who are most likely to lack a [state Division of Motor Vehicles] issued identification are black and brown North Carolinians, disabled North Carolinians and transgender North Carolinians,” she added. Voter ID was one of six proposed amendments to the state constitution the Republican-controlled General Assembly put on the ballot this fall in an effort to boost GOP voter turnout. Two controversial proposals to shift appointment powers from the governor to lawmakers went down in flames, while amendments to expand the rights of crime victims, cap state income tax rates and guarantee fishing and hunting in the state passed easily.

NOTE: The state NAACP and other groups opposed to voter ID insist that claims of voter fraud are overblown. They filed a legal challenge this summer to prevent the proposal from going on the ballot, and they aren’t giving up, even after the amendment has been approved.

The North Carolina U.S. Congressional races proved to be competitive but their were no Democratic gains in the state. Before the 2018 midterm elections the Republicans occupied10 of 13 congressional districts. After November 6, 2018 the republicans maintained their control of the same 10 districts. To view results of elections in your area or across the state click on link – NCSBE Voting Results