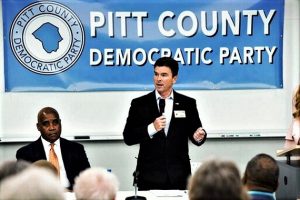 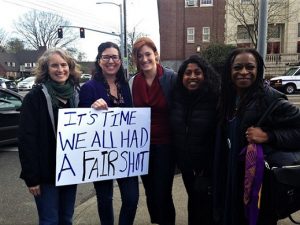 A special election primary was held April 30 in North Carolina’s 3rd Congressional District. The seat became vacant in February, when Rep. Walter Jones (R) died at age 76. He had represented the state since 1995; his father, Walter B. Jones Sr., was a House member from North Carolina from 1965 until his death in 1992. Federal workers and military veterans both active and reserve benefited from Jone’s experience and influence as he served throughout his long political career on the House Arm Services Committee. Labor unions endorsed a Democrat, Allen Thomas. The endorsement process involves the candidates running for a Congressional seat to appear before a Screening Committee to answer questions primarily related to workers quality of life issues and affordable health care for Eastern, N.C. citizens as an example. No Republican candidates seeking the seat in the 3rd accepted the invitation to the screening.