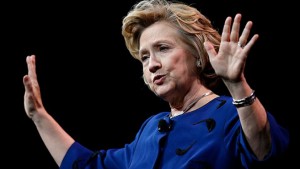 “Our global competitors, including China, understand this essential truth and provide more than $1 trillion in trade financing through 60 export credit agencies according to a study by the Organization for Economic Cooperation and Development.

“The Ex-Im Bank enables U.S. manufacturers and workers to compete fairly with our global competitors, particularly in the high wage aerospace industry, one of the last sectors in which the U.S. enjoys a positive balance of trade with the rest of the world. As the largest aerospace union in North America, we in the IAM know firsthand what is at stake. The Ex-Im Bank means jobs for our members, as well as for hundreds of thousands of Americans.

“We are pleased and grateful that Secretary Clinton understands that America cannot afford to unilaterally disarm in face of this intense global competition. We know that as President, Secretary Clinton will continue to provide the leadership to make the Ex-Im Bank a success for American businesses and workers.”

The IAM was the first major industrial trade union to endorse Secretary Clinton for President and represents nearly 600,000 active and retired members across North America. Visit www.goiam.org for more information about the Machinists Union.