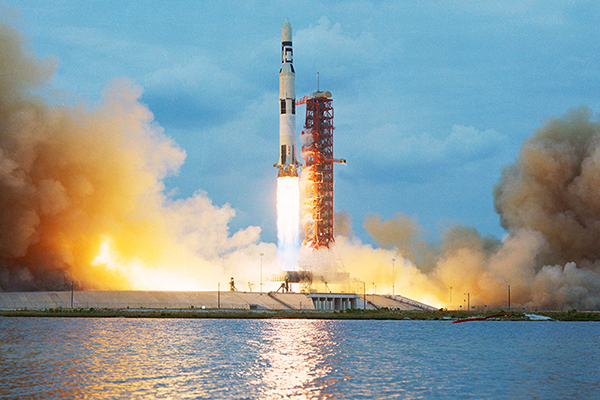 Fifty years ago, NASA launched its epic Apollo 11 flight placing man on the moon for the first time. The mission was aided by scores of Machinists Union members.

The liftoff of Apollo 11’s Saturn V carrying Neil Armstrong, Buzz Aldrin and Michael Collins into space exploration history on July 16, 1969. Look for the shockwave as the Saturn V punches through the clouds at 1:14!