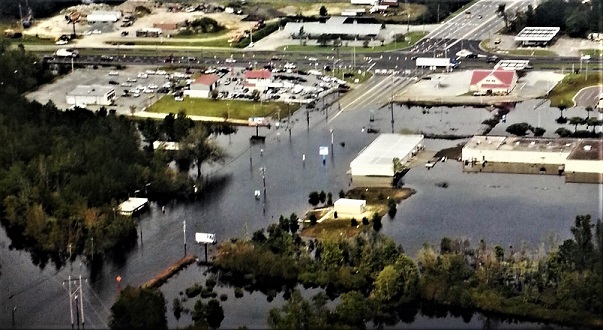 Eastern portions of North Carolina were devastated by the latest Atlantic Hurricane named Florence. The storm impacted many of the working men and women throughout our state that work hard everyday to make sure that those who work in North Carolina get fair wages, safe working conditions and justice on the job.

The folks I am referring to are members of Labor Unions. The International Association of Machinist and Aerospace Workers is just one among many of these Labor Organizations who believe in taking care of their own.

Representatives of the Machinist Union (IAM) traveled from Upper Marlboro, Maryland down to Eastern, North Carolina to deliver much-needed donations to their affected members in the area from funds raised primarily from it’s members personal contributions that go into the IAM’s Disaster Relief Fund.

The representatives set up their operations out of the District Lodge 110 business offices in Havelock, N.C. and traveled from there to inland counties such as Lenoir where members of Local 350 Spirit AeroSystems in Kinston work manufacturing composite structural parts for the parent company in Wichita.

Some of the members in Havelock and surrounding counties work as contract employees for the military or federal civilian employees for Navy, Marine Corps or the Defense Logistics Agency. 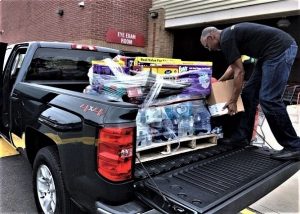 There are many other union members from other Labor Groups whose members were affected by the storm. Most if not all of these union are affiliated with the North Carolina AFL-CIO. The NC State AFL-CIO has also began a Relief Fund and we urge all members or Unions everywhere to contribute to these types of funds.

North Carolina has a history of hurricanes and the citizens are no strangers to the wrath of such storms but Florence proved to be particularly damaging to areas that have weathered their forces in past years and I’m sure some have now began to reconsider their views and may have a new found respect for mother nature.

Machinists Are On The Ground To Help With Florence Recovery 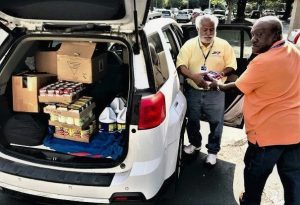 Residents of North Carolina and the surrounding states are still reeling from the aftermath of Hurricane Florence. The massive storm was responsible for more than 30 lives and catastrophic damage from historic flooding. The good news if you can call it that is that some help is on the way!