The Machinist Union is fighting to save hundreds of Red River Army Depot jobs – Here is…. The Story 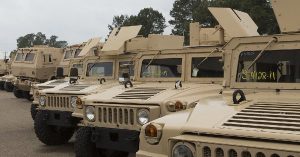 The Machinists Union is mobilizing its membership and working with elected officials to fight against the latest round of announced layoffs to strike Red River Army Depot (RRAD) and the Texarkana, Texas community.

Base command on July 16 announced plans to lay off 207 defense contract employees and 98 federal term employees by Aug. 31, 2018. If the layoffs proceed, more than 900 RRAD federal and contract workers will have been let go in the last four months.