In 1621, the Plymouth colonists and Wampanoag Indians shared an autumn harvest feast that is acknowledged today as one of the first Thanksgiving celebrations in the colonies. For more than two centuries, days of thanksgiving were celebrated by individual colonies and states. It wasn’t until 1863, in the midst of the Civil War, that President Abraham Lincoln proclaimed a national Thanksgiving Day to be held each November.

Some Facts You May or May Not Know;

In September 1620, a merchant ship called the Mayflower set sail from Plymouth, a port on the southern coast of England. Typically, the Mayflower’s cargo was wine and dry goods, but on this trip the ship carried passengers: 102 of them, all hoping to start a new life on the other side of the Atlantic. Nearly 40 of these passengers were Protestant Separatists–they called themselves “Saints”–who hoped to establish a new church in the New World. Today, we often refer to the colonists who crossed the Atlantic on the Mayflower as “Pilgrims.”

English men and women–many of them members of the English Separatist Church–set sail for the New World aboard the Mayflower, a three-masted merchant ship. The ship landed on the shores of Cape Cod, in present-day Massachusetts, two months later, and in late December anchored at Plymouth Rock, where they would form the first permanent settlement of Europeans in New England. Though more than half the original settlers died during that grueling first winter, the survivors were able to secure peace treaties with neighboring Native American tribes and build a largely self-sufficient economy within five years. 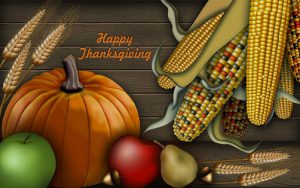 In September 1620, a small ship called the Mayflower left Plymouth, England, carrying 102 passengers—an assortment of religious separatists seeking a new home where they could freely practice their faith and other individuals lured by the promise of prosperity and land ownership in the New World. After a treacherous and uncomfortable crossing that lasted 66 days, they dropped anchor near the tip of Cape Cod, far north of their intended destination at the mouth of the Hudson River. One month later, the Mayflower crossed Massachusetts Bay, where the Pilgrims, as they are now commonly known, began the work of establishing a village at Plymouth.

Throughout that first brutal winter, most of the colonists remained on board the ship, where they suffered from exposure, scurvy and outbreaks of contagious disease. Only half of the Mayflower’s original passengers and crew lived to see their first New England spring. In March, the remaining settlers moved ashore, where they received an astonishing visit from an Abenaki Indian who greeted them in English. Several days later, he returned with another Native American, Squanto, a member of the Pawtuxet tribe who had been kidnapped by an English sea captain and sold into slavery before escaping to London and returning to his homeland on an exploratory expedition. Squanto taught the Pilgrims, weakened by malnutrition and illness, how to cultivate corn, extract sap from maple trees, catch fish in the rivers and avoid poisonous plants. He also helped the settlers forge an alliance with the Wampanoag, a local tribe, which would endure for more than 50 years and tragically remains one of the sole examples of harmony between European colonists and Native Americans.

In November 1621, after the Pilgrims’ first corn harvest proved successful, Governor William Bradford organized a celebratory feast and invited a group of the fledgling colony’s Native American allies, including the Wampanoag chief Massasoit. Now remembered as American’s “first Thanksgiving”—although the Pilgrims themselves may not have used the term at the time—the festival lasted for three days. While no record exists of the historic banquet’s exact menu, the Pilgrim chronicler Edward Winslow wrote in his journal that Governor Bradford sent four men on a “fowling” mission in preparation for the event, and that the Wampanoag guests arrived bearing five deer. Historians have suggested that many of the dishes were likely prepared using traditional Native American spices and cooking methods. Because the Pilgrims had no oven and the Mayflower’s sugar supply had dwindled by the fall of 1621, the meal did not feature pies, cakes or other desserts, which have become a hallmark of contemporary celebrations.

“The reason that we have so many myths associated with Thanksgiving is that it is an invented tradition. It doesn’t originate in any one event. It is based on the New England puritan Thanksgiving, which is a religious Thanksgiving, and the traditional harvest celebrations of England and New England and maybe other ideas like commemorating the pilgrims. All of these have been gathered together and transformed into something different from the original parts.”

The Mayflower actually carried three distinct groups of passengers within the walls of its curving hull. About half were in fact Separatists, the people we now know as the Pilgrims. Another handful of those on board were sympathetic to the Separatist cause but weren’t actually part of that core group of dissidents. The remaining passengers were really just hired hands—laborers, soldiers and craftsmen of various stripes whose skills were required for both the transatlantic crossing and those vital first few months ashore. Community leader John Alden, for instance, was originally a cooper, brought along to make and repair barrels on board the ship. Myles Standish, who would eventually become the military leader of Plymouth Colony, was a soldier hired for protection against whatever natives the settlers might encounter.

The Mayflower first landed at the tip of Cape Cod, in what is now Provincetown. The settlers had originally hoped to make for the mouth of the Hudson River and find fertile farmland somewhere north of present-day New York City, but bad weather forced them to retreat. They intended to try again for the Hudson, but the approaching winter and dwindling supplies eventually convinced them to continue on across Cape Cod Bay to Plymouth.

In fact, the Pilgrims didn’t name Plymouth, Massachusetts, at all. It had been dubbed that years earlier by previous explorers to the region, and was clearly marked as Plymouth (or Plimoth—spellings varied somewhat) on maps that the Mayflower’s captain surely had on hand. It’s sheer coincidence that the Mayflower ended up sailing from a town called Plymouth in England and then landing in a town called Plymouth in America. And it’s unlikely that the Mayflower’s passengers felt any emotional connection to Plymouth, England, at all. Most of the Separatists had been living in exile in Holland for 10 years before sailing for America, and the rest of the passengers were drawn from the greater London area. The Mayflower only ended up departing from Plymouth because bad weather and misfortune had prevented the settlers from making the crossing on two earlier attempts—first from Southampton and then from Dartmouth—before they finally succeeded in sailing from the port of Plymouth.

Several of the Mayflower’s crew had made the journey at least once before, on either fishing or exploration trips. One notable figure, Stephen Hopkins, had even tried to settle in the New World 10 years earlier, in the Jamestown colony of Virginia. On his way to join the settlement, his ship was wrecked off the coast of Bermuda, stranding him and his fellow passengers for several months. The story of the Virginia settlers’ shipwreck and rescue made waves back home in England, and William Shakespeare freely admitted that he based his play “The Tempest” on the tale. He even may have named one of the characters, Stephano, after Stephen Hopkins, who was once one of Shakespeare’s neighbors. Hopkins eventually returned to England and later joined the Mayflower as a member of the sympathetic group of supporters from London.

The Puritans, who settled the region north of Plymouth, were known for their strict approach to how religion was practiced within their borders. The Pilgrims, on the other hand, never made any attempts to convert outsiders to their faith, including the Native Americans they encountered in America and the nonbelievers who’d joined them as laborers in England. Generally speaking, they didn’t even try to impose their unique observances on their friends and neighbors. For instance, while the Pilgrims themselves didn’t themselves Christmas, they didn’t stop others from taking the day off and celebrating it as they wished. They also allowed men who were not part of their faith to hold public office, and they apparently had no problem with the intermarriage of believers and nonbelievers. As a matter of fact, they didn’t consider marriage to be a religious matter at all, preferring instead to view it as a civil contract outside the church’s jurisdiction.