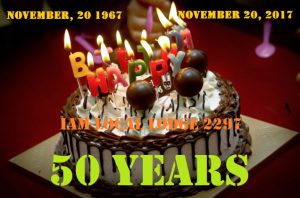 The Beginning – A couple of members of Local Lodge 1859, a Local chartered in 1947 comprised primarily of the machinist trades, contacted the International Association of Machinist and Aerospace Workers and asked for someone to be sent to Cherry Point, North Carolina to try an organize employees working at the then Naval Air Rework Facility, the Navy Supply and other workers aboard the Marine Corps Air Station at Cherry Point, North Carolina.

J. Smith was sent from Texas to begin the organizing efforts. In late 1967 an election was held between the International Association of Aerospace Workers (IAMAW) and the American Federation of Government Employees (AFGE).The IAMAW won by a 4 – 1 margin.

The History – The Lodge was chartered in November of 1967 and the first contract was signed on April 8, 1968.

In January of 2015 Wilbert K. Woods took the oath of office and became the newly elected leader of the Lodge.

Present Day – Nominations for new officers for years 2018-2021 were held in September of 2017 with elections occurring on October 25, 2017. Although President Wilbert Woods was challenged by another member for his Presidential position he defeated his challenger and will begin a second three year term beginning in January of 2018.

Local Lodge 2297 continues their journey today making positive  advancements and despite the continuous threat of reductions in official time and lessening of employee benefits for their members, the lodge is still strong with a diverse membership.

The Local also has a number of it’s members serving in various leadership positions in their affiliated organizations and continues to be well respected by the Employers with whom they have existing Collective Bargaining Agreements.