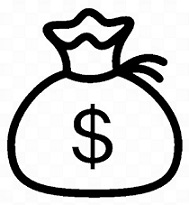 President Trump on Thursday signed an executive order authorizing a 1.9 percent pay increase for federal employees this year, retroactive to January, ending six weeks of waiting and speculation about when the measure would be implemented. Pay tables on OPM’s website had not yet been updated as of mid-Thursday afternoon and the agency did not immediately respond to a request for comment.   Depending on how quickly federal payroll processors are able to switch over to the new pay tables, federal employees could see the raise reflected in their paychecks as early as next week. But it is unclear when they will receive lump sum payments to cover what they are owed as part of the retroactive portion of the pay increase.

2019 WAGE & SALARY DIVISION ANNOUNCEMENT…. Further issuance of Appropriated and Non-appropriated Fund Federal Wage System (FWS) pay schedules effective in Fiscal Year 2019 will be delayed until the impending pay limitation is released. When issued, schedules will be retroactive to their normal effective date.

NAF Pay Systems (NPS) schedules, commonly referred to as Pay Band Schedules, are also being held at this time pending legislation that will adjust the upper bands.