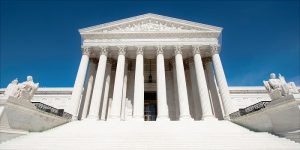 If anything should be clear to all Americans living at a time when elected officials seem to be turning back the clock, an era in which the Republican led Senate and the Republican President who vowed to “Make America Great Again”, who has appointed Judges to the Supreme Court that appear to have some form of moral deficiency, it is a (fact) that ELECTIONS HAVE CONSEQUENCES. The WebSteward.

Opponents have called the move by President Donald Trump’s Commerce Department to add a citizenship question to the census a Republican maneuver to deter immigrants from taking part in the decennial population count out of fear of deportation. The intent, these critics have said, is to manufacture a deliberate undercount of areas with high immigrant and Latino populations, costing Democratic-leaning regions seats in the House, benefiting Republicans and non-Hispanic whites.

Gerrymandering in the Spotlight – Separate cases from North Carolina and Maryland focus on whether the justices will empower courts to impose restrictions on partisan gerrymandering, the practice in which electoral districts are devised to magnify the political power of the party already in control of a state’s legislature. N. C. s people’s quest to take back republicans control of their legislature just got a little harder.