Throughout his life Dr. King emphasized the rights of working men and women. He emphasized them as a vital part of the Civil Rights movement, teaching us that “all labor that uplifts humanity has dignity and importance and should be taken with painstaking excellence”. 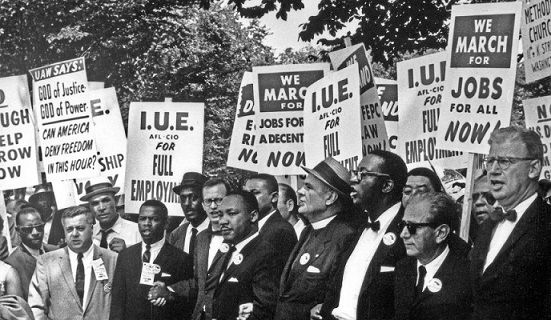 IAM Members Can Give Back During MLK Weekend National Service.Gov/MLK Day

The Dreamer That Changed A World 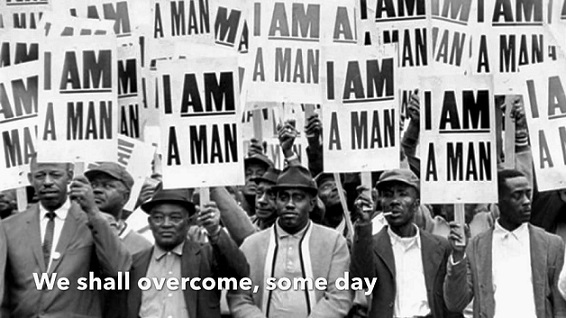 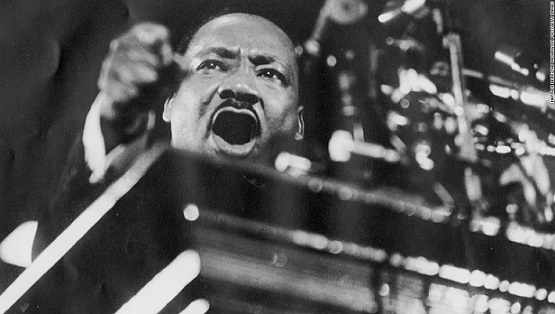 Martin Luther King 1964 Quote; “The Republican Party geared its appeal and program to racism, reaction, and extremism…On the urgent issue of civil rights, Senator Goldwater represents a philosophy that is morally indefensible and socially suicidal. While not himself a racist, Mr. Goldwater articulates a philosophy which gives aid and comfort to the racist. His candidacy and philosophy would serve as an umbrella under which extremists of all stripes would stand. In the light of these facts and because of my love for America, I have no alternative but to urge every Negro and white person of goodwill to vote against Mr. Goldwater and to withdraw support from any Republican candidate that does not publicly disassociate himself from Senator Goldwater and his philosophy.”

“The two most dynamic movements that reshaped the nation during the past three decades are the labor and civil rights movements. Our combined strength is potentially enormous. We have not used a fraction of it for our own good or for the needs of society as a whole. If we make the war on poverty a total war; if we seek higher standards for all workers for an enriched life, we have the ability to accomplish it, and our nation has the ability to provide it. lf our two movements unite their social pioneering initiative, thirty years from now people will look back on this day and honor those who had the vision to see the full possibilities of modern society and the courage to fight for their realization. On that day, the brotherhood of man, undergirded by economic security, will be a thrilling and creative reality”.