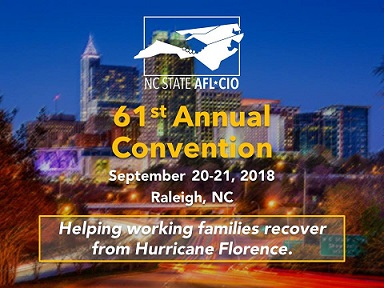 Article courtesy of communications specialist  jeremy@aflcionc.org – Unions of working people from across North Carolina are met in Raleigh September 20th and 21st to collect supplies and raise money for Hurricane Florence relief.

In the wake of Hurricane Florence, the North Carolina AFL-CIO is now collecting supplies and raising money at their convention to support working people in the state who have been affected by the storm. They have launched the North Carolina Workers Relief Fund to help working families in need.

Each year, the North Carolina AFL-CIO presents the PR Latta Award for outstanding service to the labor movement. The award is named for named for PR Latta, a longtime labor leader with the Communications Workers of America who passed away in 2014 at the age of 95. This year’s award was presented to Ray Curry, a leader in the North Carolina labor movement who was recently elected Secretary Treasurer of the United Auto Workers.

“Ray’s first priority is making sure working people have a voice and get fair treatment on the job. I know that no matter where Ray is or how high he rises, he will never forget his roots and the working people of North Carolina. Ray sets an example for all of us through his selfless leadership and tireless dedication to workers in North Carolina and beyond,” said MaryBe McMillian, President of the North Carolina AFL-CIO.

On day one of the 61st NC AFL-CIO convention in Raleigh delegates attending the meeting picketed a local Circle K convenience store in support of the Farm workers who were delivering a message to the CEO’s of Reynolds tobacco. 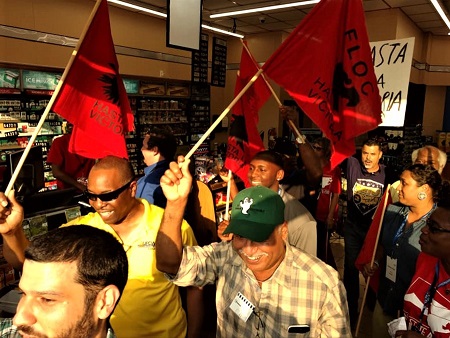 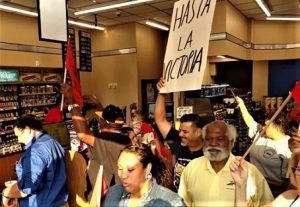 The Convention was diverse and covered a range of topics from politics to disaster relief and funding raising. There was a discussion on organizing as well as describing to the delegates in attendance the new and improved public policy. 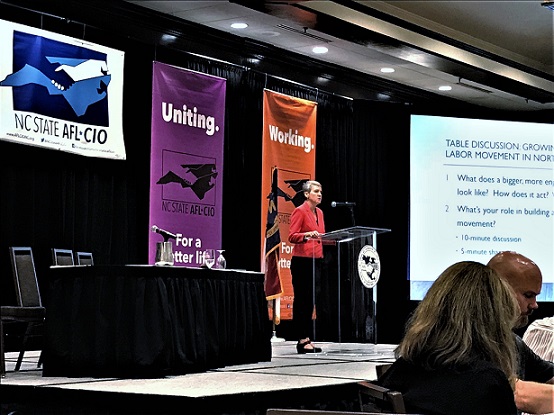 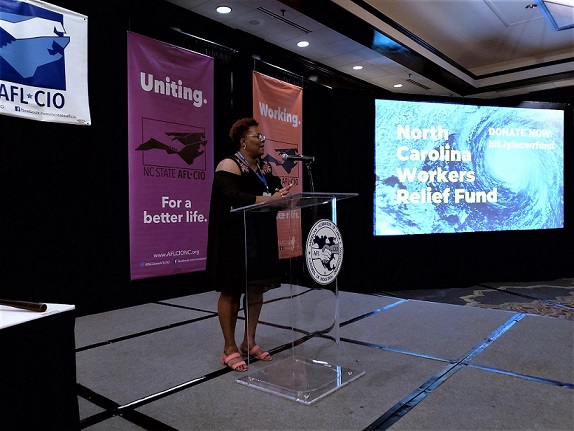 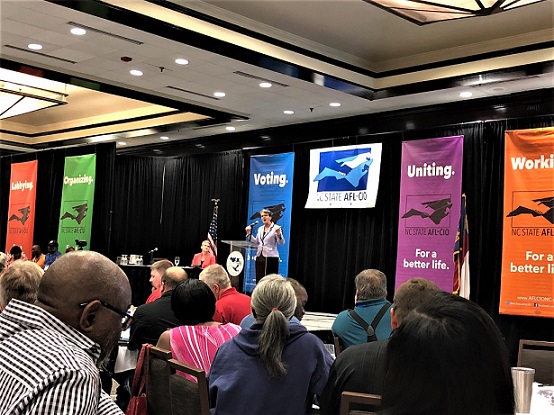 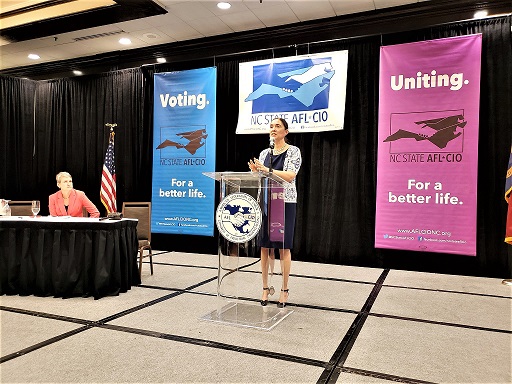