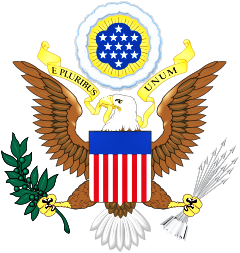 Impeachment (Definition) – Impeachment is the process by which a legislative body levels charges against a government official. Impeachment does not in itself remove the official definitively from office; it is similar to an indictment in criminal law, and thus it is essentially the statement of charges against the official. Whereas in some countries the individual is provisionally removed, in others they can remain in office during the trial. Once an individual is impeached, they must then face the possibility of conviction on the charges by a legislative vote, which is separate from the impeachment, but flows from it, and a judgment which convicts the official on the articles of impeachment entails the official’s definitive removal from office.

Article One of the United States Constitution

Information contained throughout courtesy of Wikipedia

Section 4 of Article One grants the states the power to regulate the congressional election process but establishes that Congress can alter those regulations or make its own regulations. Section 4 also requires Congress to assemble at least once per year.

Section 5 lays out various rules for both houses of Congress and grants the House of Representatives and the Senate the power to judge their own elections, determine the qualifications of their own members, and punish or expel their own members.

Section 6 establishes the compensation, privileges, and restrictions of those holding congressional office.

Section 7 lays out the procedures for passing a bill, requiring both houses of Congress to pass a bill for it to become law, subject to the veto power of the President of the United States. Under Section 7, the president can veto a bill, but Congress can override the president’s veto with a two-thirds vote of both chambers.

Section 9 places various limits on the power of Congress, banning bills of attainder and other practices.

Section 10 places limits on the states, prohibiting them from entering into alliances with foreign powers, impairing contracts, taxing imports or exports above the minimum level necessary for inspection, keeping armies, or engaging in war without the consent of Congress.

Clause 5: Speaker and other officers; Impeachment

This power, which is analogous to the bringing of criminal charges by a grand jury, has been used only rarely. The House has begun impeachment proceedings 62 times since 1789, and nineteen federal officials have been formally impeached as a result, including: two Presidents (Andrew Johnson and Bill Clinton), one Cabinet Secretary (William W. Belknap), one Senator (William Blount), one (Samuel Chase), and fourteen federal judges. Also, notably, impeachment proceedings compelled the resignation of President Richard Nixon.

The Constitution does not specify how impeachment proceedings are to be initiated. Until the early 20th century, a House member could rise and propose an impeachment, which would then be assigned to a committee for investigation upon a formal resolution vote of the judicial committee. Presently, it is the House Judiciary Committee that initiates the process and then, after investigating the allegations, prepares recommendations for the whole House’s consideration. If the House votes to adopt an impeachment resolution, the Chairman of the Judiciary Committee recommends a slate of “managers,” whom the House subsequently approves by resolution. These Representatives subsequently become the prosecution team in the impeachment trial in the Senate.

The Senate shall have the sole Power to try all Impeachments. When sitting for that Purpose, they shall be on Oath or Affirmation. When the President of the United States is tried, the Chief Justice shall preside: And no Person shall be convicted without the Concurrence of two thirds of the Members present.

Clause Six grants to the Senate the sole power to try impeachments and spells out the basic procedures for impeachment trials. The Supreme Court has interpreted this clause to mean that the Senate has exclusive and unreviewable authority to determine what constitutes an adequate impeachment trial. Of the nineteen federal officials formally impeached by the House of Representatives, eleven were acquitted and seven were convicted by the Senate. On one occasion (in the case of Senator William Blount) the Senate declined to hold a trial, asserting that it had no jurisdiction over its own members.

The constitution’s framers vested the Senate with this power for several reasons. First, they believed Senators would be better educated, more virtuous, and more high-minded than Members of the House of Representatives and thus uniquely able to decide responsibly the most difficult of political questions. Second, they believed that the Senate, being a numerous body, would be well suited to handle the procedural demands of an impeachment trial, in which it, unlike judges and the judiciary system, would “never be tied down by such strict rules, either in the delineation of the offense by the prosecutor, or in the construction of it by judges, as in the common cases serve to limit the discretion of courts in favor of personal security.” (Alexander Hamilton, The Federalist No. 65).

There are three Constitutionally mandated requirements for impeachment trials. The provision that Senators must sit on oath or affirmation was designed to impress upon them the extreme seriousness of the occasion. The stipulation that the Chief Justice is to preside over presidential impeachment trials underscores the solemnity of the occasion and aims to avoid the conflict of interest of a Vice President’s presiding over the proceeding for the removal of the one official standing between him (or her) and the presidency. The latter consideration was regarded to be quite important in the eighteenth century – political parties had not yet formed when the Constitution was adopted, and with the original method of electing the President and Vice President it was presumed that the two men elected to those offices would frequently be political rivals. The specification that a two-thirds super-majority vote of those Senators present in order to convict was also thought necessary to facilitate serious deliberation and to make removal possible only through a consensus that cuts across factional divisions.

Clause 7: Judgment in cases of impeachment; Punishment on conviction

Judgment in Cases of Impeachment shall not extend further than to removal from Office, and disqualification to hold and enjoy any Office of honor, Trust or Profit under the United States: but the Party convicted shall nevertheless be liable and subject to Indictment, Trial, Judgment and Punishment, according to Law.

If any officer is convicted on impeachment, he or she is immediately removed from office, and may be barred from holding any public office in the future. No other punishments may be inflicted pursuant to the impeachment proceeding, but the convicted party remains liable to trial and punishment in the courts for civil and criminal charges.

Example of use of power of impeachment in recent history….The impeachment trial of President Clinton in 1999, Chief Justice William Rehnquist presiding.

A Moment In History

Disclaimer – The information contained on this post page is being shared as a record of U.S. history. It is no doubt that Americans have varying opinions regarding these impeachment proceedings driven to conclusion by the current Democratic majority House of Representatives. Let me assure our members that locallodge2297.org has no opinion about the guilt of innocence of President Donald Trump on the 2 articles, “Abuse of Power” and “Obstruction of Justice”. These actions as divisive as they are remain a part of history and we believe we can not allow these actions to deter us from recording these actions for future generations of American workers.