“Discriminatory HB2 is a shameful, restrictive mark on North Carolina’s history that will hurt our state’s residents and economy”

Raleigh (March 24, 2016) —Yesterday will go down as a shameful day in North Carolina’s history, as lawmakers prioritized misguided discrimination above the freedoms of our local government, safety of residents, and very decency that until recently has guided our state’s success. In less than 12 hours, the General Assembly’s special session – held without transparency or serious public input – left the state with a bill that assaults the freedom of our communities to govern themselves, and one that will almost certainly damage the state’s economy. Each facet of House Bill 2 is more shocking than the next. By banning local governments from prohibiting discrimination by private businesses, the bill puts the lives and safety of our gay, lesbian, and transgendered residents at risk. Businesses will be able to discriminate – freely and without recourse – against the diverse range of North Carolinians who simply want to live in their communities without fear. History shows that shutting people out of the economy sidelines quality labor and consumer spending instead of helping boost local spending and economic growth. By restricting the ability of our local governments to raise wages and ensure basic job standards in public contracts, the bill effectively tells those governments what they can and cannot do with their own money. Not only will workers who relied on such contracts for basic benefits and safety standards be left defenseless, weakening the ability of local government to raise wages will also make it harder to create jobs that pay workers enough to afford the basics. And stunningly, thanks to HB2 eliminating the decades old and bedrock right of workers to sue their employer if fired for a discriminatory reason, North Carolina will now be known as one of only two states in the entire country – Mississippi being the other – without any state law protecting private sector employees from workplace discrimination based on race, religion, color, national origin, age, or sex. From communities of color and older workers to pregnant women and those fired due to their religious beliefs, this affects North Carolinians from all walks of life. As national outrage, international businesses’ condemnation, and negative press pours in today over yesterday’s session, all make clear that HB2 is nothing short of a disgrace to our state. HB2 makes no one safer – in fact it does just the opposite. It solves no real problems, but creates plenty; it fails to consider the vast experience of 18 other states and over 200 communities (including Columbia and Myrtle Beach, South Carolina) who operate under the same language as the Charlotte ordinance, all without incident; and once again, harms this state’s business reputation as well as local citizens’ ability to govern themselves. Litigation to stop these harms is sure to follow. We can only hope changes will be made in the upcoming short session to amend or repeal the most detrimental parts of this ill-conceived, poorly vetted, and ideologically motivated bill. 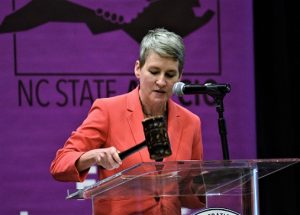 From the North Carolina NAACP