A union is a democratic organization of employees in a workplace who choose to join together to achieve common goals. By forming unions, employees can work collectively to improve working conditions, including wages and benefits, hours and job safety, to resolve disagreements of employees and employers and to find the best ways to get the work done.

Unions also represent members and all people who work by advocating working family-friendly laws and policies through legislative and political action. Most people who work in this country have the right to form and join unions under the 1935 National Labor Relations Act (NLRA), which encourages union formation. Yet millions of workers, such as farm laborers, domestic workers and managers, are not covered by the NLRA. Many of them, though, are organizing and partnering with the AFL-CIO to gain workplace rights. 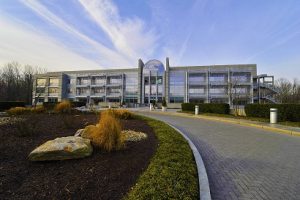 On May 5, 1888, our great union was founded when 19 railroad machinists secretly met in Atlanta to protect their rights from an abusive employer. During that meeting in a dirty railroad pit, those individuals could not have conceived what the International Association of Machinists and Aerospace Workers would become.

Tom Talbot and his coworkers set in motion a cause that has steadily grown in reach. Within two years of its formation, the Machinists Union became truly international when the first Canadian and Mexican local lodges were chartered. We were one of the first industrial labor organizations to admit women and minorities into its ranks.

Today we celebrate the IAM’s past accomplishments and look forward to the future we will all share. Many of the historical struggles our predecessors

faced remain with us today. Our unity and resolve to defend the rights of working families have never been stronger. Workplace justice and fairness are noble ideals worth fighting for. Demanding that multinational corporations and our government recognize that is our ongoing task, and I am confident we are up to the challenge. In solidarity, Bob Martinez International President.

The IAM’s nearly 600,000 active and retired members can be found in all 50 states in the U.S. and 10 provinces and three territories of Canada. Our union is organized into seven territories to better serve our members. Geography defines five of those territories, Transportation covers a series of related industries, Headquarters combines administrative functions with recently merged or affiliated districts and lodges. 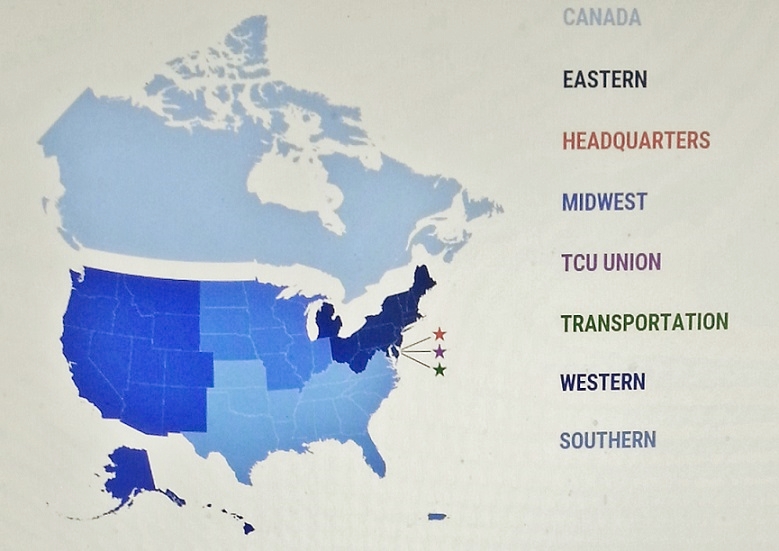 Welcome to the Machinists Union!, the IAM is one of the largest and most diverse labor unions in North America. From Boeing and Lockheed Martin to United Airlines and Harley-Davidson, you will find IAM members across all walks of life. IAM members demand respect and dignity in the workplace. Together, we have been able to bargain for increased job security, higher wages, and improved benefits.

Explore Our Past History

A Strong – Proud Local Where Leaders Are Made 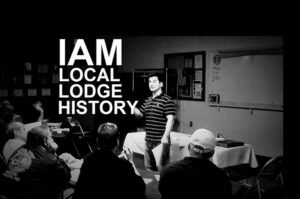 Local lodge 2297’s story….Roy Kimes and Ben Surratt, a couple of members of Local Lodge 1859 a Local chartered in 1947 comprised primarily of the machinist trades contacted the IAM&AW and asked for someone to be sent to Cherry Point, North Carolina to try an organize employees working at the then Naval Air Rework Facility, the Navy Supply and workers aboard the Marine Corps Air Station at Cherry Point, North Carolina. T. J. Smith was sent from Texas to begin the organizing efforts. In late 1967 an election was held between the International Association of Aerospace Workers (IAMAW) and the American Federation of Government Employees (AFGE). The IAM won by a 4 – 1 margin. Thus….

Behold…The Birth of a Great IAM Local Lodge –  The Lodge was chartered in November of 1967 and the first contract was signed on April 8, 1968. Cecil E. Sizer was the first President of the Local. He was followed by Bobby Game, Joe Nolan, Bobby Lane, James Williams, Grover Ruppe and Theodore “Teddy” McNeal. In January of 2015 the newly elected President, Wilbert K. Woods took the oath of office and became the most recent leader of the Lodge. Nominations for new officers for years 2018-2021 occurred in September of 2017  and Brothers Woods successfully defended his leadership position during the October elections. He, along with the other elected members took the oath of office on January 22, 2018 at the monthly lodge meeting. At the meeting in September of 2020 nominations for new officers for years 2021-2024 was held and none of the required positions exceeded the number of positions needing to be filled and Brother Woods was declared the Lodge President for an additional 3 year term by a motion of acclamation from the floor and a yes vote by the members in attendance. 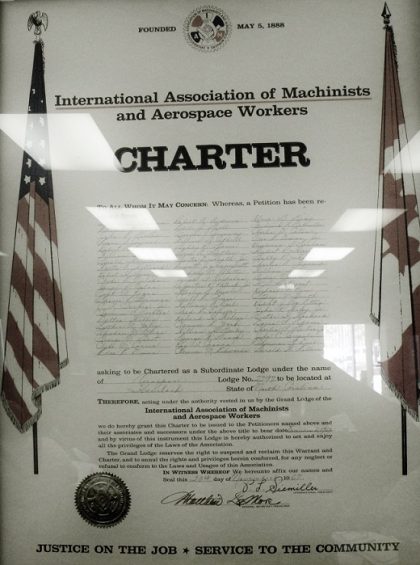 A milestone occurred on November 20, 2017. The members turned out in numbers to celebrate the noteworthy accomplishment. Congratulations to all from the Communications Committee.