CLCs are the bodies through which affiliated local unions are able to take collective action on issues important to them and directly affect the communities in which their members reside. CLCs provide a number of essential services to the union movement, including candidate screenings and endorsements and support of worker organizing campaigns of local unions affiliated with the federation. There are eight CLCs in North Carolina. 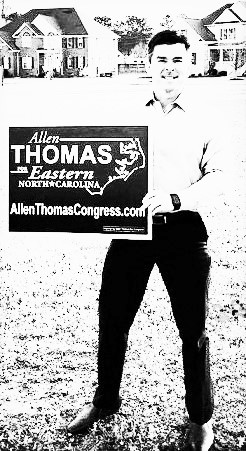 On Saturday, March 30, 2019 the Eastern N.C. Central Labor Council held it’s annual Legislative Breakfast at the Flame Restaurant in New Bern, N.C. Anthony Cruz acted as the Emcee for this event and after a gracious welcome by the newly elected President Brother Montez Davis, the invited guest shared their thoughts with those in attendance. The guest speakers included the N.C. AFL-CIO President Marybe McMillan, the current Mayor of Greenville, a newly elected N.C. general assembly woman, a N.C. state Senator and the President of the North Carolina APRI dropped in to share a few words and remind everyone of their awards banquet on April 13th. To close out the morning was the ENC-CLC endorsed candidate Democrat Allen Thomas, who is hoping to be elected to fill the vacant N.C. 3rd U.S Congressional seat after the death of Walter B. Jones, a Republican who earned the respect of many in the east among them Union members who developed a special relationship with him and respected his love for the veterans and the citizens of Eastern N.C. Did I mention the breakfast buffet was delicious and the meeting was a total success. Below you will find a few pictures that captured the moment 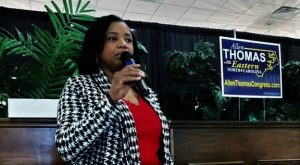 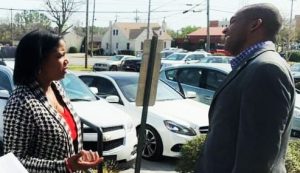