Here’s what we do

For a few years now bargaining unit employees assigned to the FRC East, many of them Union Members, have been preforming their day to day duties aboard MCAS New River in support of the “Warfighters” stationed at the base. We are proud of the great job these dedicated men and women are doing and hope for a bright future for all workers throughout the DoD.

The following is just a glimpse at the contributions men and women in Eastern, N.C. might be asked to provide in the next few years and beyond. Somebody has to maintain, modify and repair these multi-million dollar platforms and no doubt some of our members will be among that group.

The future is looking brighter

How decisions made for defense procurement could impact the need for men and women who support and maintain military assets in Eastern, N.C. 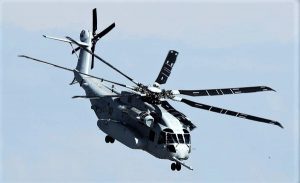 The King Stallion is a new heavy lift helicopter designed to replace the outdated CH-53E Super Stallion — also developed by Sikorsky — which has been a part of the Marine Corps fleet since 1981.

The helicopter will be stationed at the Marine Corps Air Station New River in Jacksonville, N.C., where it will enter a Supportability Test Plan that will make sure it’s ready to enter service.

MCAS New River is the primary United States Marine Corps helicopter base on the East Coast and supports aircrew training for the helicopters operated by Marine Corps aviation units. McCutcheon Field is named in honor of Brigadier General Keith B. McCutcheon, one of the pioneering figures of Marine helicopter aviation.

New River is also the east coast home of the Marine Corps’ variant of the V-22 Osprey, the most innovative and capable rotary winged aircraft in military aviation history.