The Labor Movement and Gender Equality

Some of the earliest organizing efforts in the United States were young women working at mills. From that point forward, the labor movement has played a central role in the advancement of women’s rights. 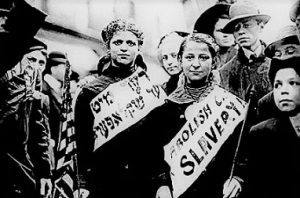 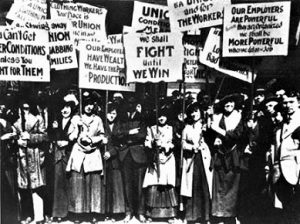 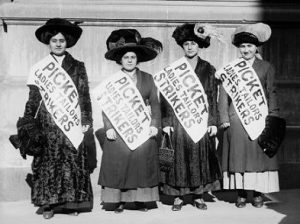 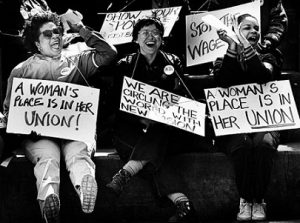 1871 After her dress shop is destroyed in the Great Chicago Fire, Mary Harris “Mother” Jones begins working as a labor organizer

1909 “Uprising of the 20,000” female shirtwaist makers in New York strike against sweatshop conditions

1912 Bread and Roses strike begun by immigrant women in Lawrence, Massachusetts, ended with 23,000 men, women and children on strike and with as many as 20,000 on the picket line

1933 Frances Perkins becomes the U.S. secretary of labor, the first woman to be appointed to the U.S. Cabinet